My Wife Has Her Own Head


I thought this was an excellent article to share for Testimony Tuesday:


“In a way, abdicating my headship was a natural outcome of my observation that women were not, in fact, unequal. Growing up, I sensed the oddness of it all, but it was only once I had a girlfriend, then a fiancée, and then a wife that I detected the absurdity. My spouse, I recognized, was not like an employee or a child or a pet—she was a co-creator of our marriage and an equal hand in our new life together. She didn't need a head. She had her own. And thus my announcement that Friday evening during the commercial break.”

“When finally we ejected theism from our lives, there was little change in my behavior toward my wife. My final decree as head of the house had come years earlier, and it had been to declare our relationship equal. Leaving our faith behind cleared up all the contradiction regarding science, history, cognitive dissonance, and the afterlife. No longer would we have to use tortuous rationales to defend our egalitarian marriage; being atheists meant such equality was now a given. It was so obvious, we spent no time talking about it.”


I am so very grateful for a husband who has always given me the space to become myself. Observing his treatment of women as equals has helped me to realize that I do, in fact, have my own head. :)

In 1999, I visited the Billy Graham Center at Wheaton College and felt like I was walking on hallowed ground. A large portion of the museum is devoted to chronicling Graham's crusade ministry with photographs, video footage, newspaper clippings, and interviews. Many of the names of Graham's associates were already familiar to me from growing up in the evangelical world. They were preachers, writers, musicians, athletes, even actors, all connected with the Billy Graham Evangelistic Association.

But the name Charles Templeton did not ring a bell when I came across his biography on this fascinating blog. Chuck Templeton and Billy Graham were best friends and partners in ministry in the early 1940's. Together, they founded Youth for Christ International. But Chuck wanted to prepare for further ministry by more solidly answering questions of his own so he enrolled in Princeton Theological Seminary while Billy went on to lead his famous Los Angeles campaign.

Templeton kept studying and preaching. After Princeton, he was invited to lead evangelism campaigns for the National Council of Churches. People responded readily to his gentle persuasion, but he no longer convinced himself. At age 35, Chuck began suffering from daily anxiety symptoms and nightly panic attacks. A heart specialist assured him the symptoms stemmed, not from any heart trouble, but from an unresolved mental conflict. In time, Templeton acknowledged his loss of faith and left the ministry to pursue journalism, writing, and even politics. In spite of Templeton's open agnosticism, he and Billy Graham remained good friends.

In 1996, Templeton published Farewell to God, in which he explains the reasons behind his loss of belief.

From the description on Amazon.com:


In straightforward language, Templeton deals with such subjects as the Creation fable, racial prejudice in the Bible, the identity of Jesus of Nazareth, Jesus’ alienation from his family, the second-class status of women in the church, the mystery of evil, the illusion that prayer works, why there is suffering and death, and the loss of faith in God.


Ken Ham and his Creation Museum are eager to hold up Chuck Templeton's book as an example of how higher education can be the slippery slope to unbelief. Lee Strobel's The Case for Faith begins with an interview: atheist-turned-evangelist writer Strobel discussing the claims of the Bible with evangelist-turned-agnostic writer Templeton. As Strobel quizzed him about his beliefs, the frail ex-preacher explained that he still revered the man Jesus. And, in a moment of emotional candor, Templeton told Strobel that he still "missed" Jesus--a dynamic man whose teachings, life, and death have changed the history of the world.

"[Evangelists]... are relatively ignorant men with narrow minds and narrow interests. They know almost nothing of the human psyche and little of the effects of guilt on the human spirit....  They are like the old-fashioned medicine men; they live off people’s fears. They are quacks practicing spiritual medicine without a licence, offering remedies they neither understand nor have bothered to examine. They are not evil men in the usual sense, not men of ill-will, not malicious - indeed, they may be eminently personable - but in their zeal to "do good" they often do great and lasting harm. They exploit guilt and fear. They warp the mind. They may sometimes do good - at least temporarily - but it usually happens by chance."

Don't Sleep, There Are Snakes 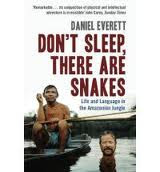 I met Dan Everett and his wife Keren in 2000 at  the Summer Institute of Linguistics (University of North Dakota), when his atheism was apparently still in the closet. All the missionaries on the faculty were impressive in their own right, but Dan stands out in my memory. Besides being a serious linguist, he played a mean electric guitar for our chapel services and his stories from the Amazon betrayed a mischievous streak, plus more than a hint of admiration for the Piraha people.

A decade later, I was surprised to encounter his name in another context. You can read about Dan’s work with the Piraha here and here. And if you are interested in linguistics theory, definitely check out his book. 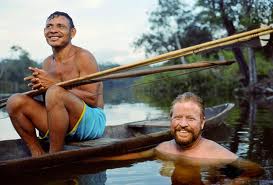 “[Bible translation] did not work out very well from the missionary perspective. In fact, the effect was that I abandoned my own faith in the face of the Pirahas’ happiness, demand for evidence that I did not have, and their respect and warmth for me. I talk about all of this in detail in Don’t Sleep, There are Snakes.” 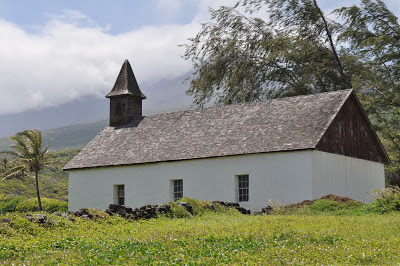 Looking back at my family’s “church history”, I can see that my parents’ church experiences frequently left them dissatisfied or disillusioned. My dad, born into a loyal and tight-knit family and born again in the early 70’s, clung to the ideal of a “Family of God” that both tolerated and supported one another. I knew the word “ecumenical” was pejorative in some circles, but we embraced it in the best sense. It offered us room to maneuver among the believers; when tension increased at one port, we could wait out the storm in a different harbor. It was all the same water, after all.

My parents lived in the same house for 23 years. Perhaps it is telling that during that time period they were associated with at least half a dozen different churches and visited many others. Growing up, I was exposed to all types of Christianity:


We were sufficiently well-rounded to discover the kernel of shared faith in each group or denomination. We all addressed the same God in the same language, just with different accents. Like the blind men and the elephant, each had a piece of the whole Truth. In my adult mind, I figured one could "collect the whole set", as it were, gleaning fragments of Christ's image from each source and discarding what didn't fit.

What set Christianity apart from other faiths was that it was a Relationship, with a Person, symbolized by heterosexual marriage itself. A marriage, I learned, could only be dissolved if it turned out to be a fraud (like if one partner was gay, or already belonged to someone else). Mutual unhappiness was not a church-condoned justification for divorce, and penalties would apply to anyone thus betraying their vows. Since marriage would be a permanent state, I spent many years pondering what qualities I would want in a husband, what characteristics I could live with and what I could not.

We learned to evaluate the Body of Christ the same way we would shop for a home. These features were nice, we could adjust to that, other things were completely intolerable. Sometimes we would stay at a church for several years before looking elsewhere. But as we accumulated ex-churches around town, even Dad became reluctant to make his commitment official, preferring to participate in a more freelance fashion.

Stories of fresh starts resonated strongly in our home. The Apostles, the Anabaptists, the Reformers, the Pilgrims, the Campbellites, the Great Awakenings, and so on. We looked forward to heaven where we'd all enjoy the same beliefs and the same worship styles and nobody would have to worry about offending God or each other. At last, no one would be deceived--or cruel. Because deep down, the Christianity we knew in this life was always disappointing. 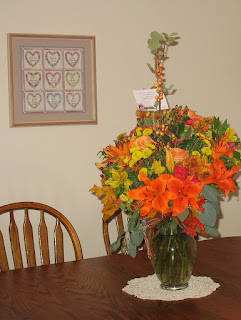 According to American evangelicals, Christianity is all about a relationship. It’s all about knowing God and him knowing me, and the two of us loving each other, and needing each other and taking care of each other—wait, the Almighty doesn’t depend on me. He doesn’t have to explain anything to me, or even TALK to me. Yet, according to evangelicals, I’ll be in eternal trouble if I give up calling, or get suspicious about the claim that I’m on his mind all the time, or even begin to doubt that he really exists.

Christianity offers a relationship that never grows up: a perpetually lopsided arrangement of obedience, dependency, petition, and childish trust. Jesus may have said, “I have called you friends”, but friends maintain a dialogue. They respect each other, discuss their differences, explain misunderstandings, compromise, and work for one another’s benefit. If I ever had a relationship with God, I would have to describe him as my abusive ex. I left him when I realized we would never share the same values. 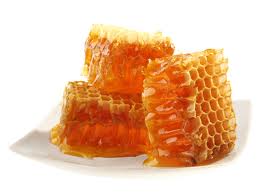 From Confessions of an Evangelical Atheist:

Of course, while studying chemistry, I learned that there is no difference between refined table sugar and "natural" sugars. This is a minor point, but given the black and white distinctions I had nurtured, it was shocking. It was a first step to questioning all of my beliefs.

Amanda's journey feels very familiar. I love how her story leaps from the chemistry of sugar to the question of salvation for Hindus. It's a long read, but well worth the time.

While I didn't grow up Seventh Day Adventist, SDA Bible stories and studies were a strong influence in our home. We listened faithfully to "Your Story Hour" and we regularly ordered natural foods--like honey--from the SDA warehouse. Some of the labels were inscribed with Bible verses. Even so, I knew Adventists didn't believe in eternal hellfire, so I wondered if that was exactly where they were headed, all their good health in this life notwithstanding.