The Bible stands though the hills may tumble,
It will firmly stand when the earth shall crumble;
I will plant my feet on its firm foundation,
For the Bible stands. (Haldor Lillenas, 1917) 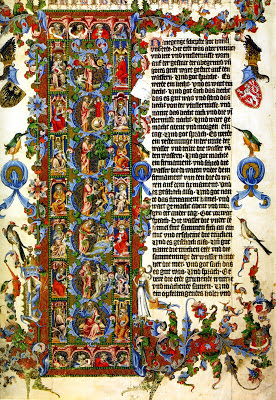 My dad and mom were baptized the year before I was born and took their faith very seriously. Having rejected their own religious upbringing as insufficient, my parents were young idealists with a passion for the Bible, which they regarded as the only authoritative Truth. In their quest for Bible truth, however, my parents were soon exposed to Bill Gothard and became enthusiastic alumni of his cult-like “Institute in Basic Life Principles” (aka as IBLP, and before that, I.B.Y.C.). Gothard’s program aims to prevent teen rebellion by promoting parents and other authority figures as God’s mouthpieces for their children and other subordinates. Despite being unmarried, he dispenses a lot of marriage and parenting and homeschooling advice, as well as formulas for business success, all ostensibly lifted from the pages of Scripture.


The Bible stands like a rock undaunted
’Mid the raging storms of time;
Its pages burn with the truth eternal,
And they glow with a light sublime.

From asking Jesus into my heart at the ripe age of 3 to memorizing verses in Sunday School, my own childish faith grew easily.  I always loved learning, so the Bible was a treasury of knowledge to me. Church interested me. I enjoyed watching other adults express their faith, enjoyed listening to my parents discuss their religious beliefs with their friends. However, each time my parents attended one of Gothard’s seminars, they brought back stricter rules for our home. For years I resisted these changes, while my parents used the Institute’s literature to invoke the Bible’s support for each restrictive new policy.

The Bible stands like a mountain towering
Far above the works of men;
Its truth by none ever was refuted,
And destroy it they never can. 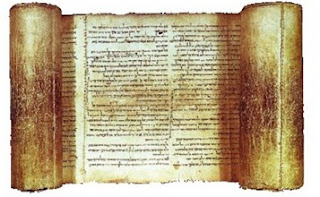 When I turned 15, Mom confiscated my new birthday Walkman. To get it back, I had to listen, with my parents, to an IBLP cassette series on choosing Godly music. The producers criticized all the popular Christian artists I enjoyed, and I thought the reasoning offered was ridiculous, but I did want my Walkman. Besides, I really did want to be on God’s side, the side of my parental authorities. I signed my name on the commitment page at the end of the companion booklet.

From then on, I drank the kool-aid, too. I learned to deftly use the scriptures to defend my beliefs and those of my parents. Though I still balked at some of the more unreasonable teachings that came down from IBLP, I enjoyed being part of an elitist force for the kingdom of God. We went further than ordinary Christians, made sacrifices they wouldn’t dream of. It may have been an oppressive lifestyle, but the Bible alone was our authority and no historical or scientific “fact” could contradict its God-preserved veracity.

By age 25, I’d read both testaments through fifteen times, in multiple versions. Like a good lawyer, I could defend almost any Christian belief from scripture, and could anticipate opposing arguments from a Christian with a differing perspective. The Bible came to look more like a prism than a window. 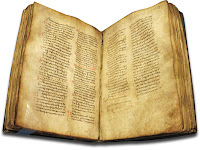 The Bible stands and it will forever,
When the world has passed away;
By inspiration it has been given,
All its precepts I will obey.

I met my husband while we were both working for IBLP. We each left the “ministry” with mixed feelings. As our friendship got more serious, we both began to sort out our core beliefs and let go of legalistic baggage. We were desperate to know what was essential Christianity and what had merely been added on. We found a church that held belief in Jesus as its vital doctrine. As our children were born, I diligently taught them psalms and hymns, prayers and Bible stories. The scriptures would be their foundation, as they were mine. Knowing Bible truth would be their defense against manipulation, extremism and spiritual abuse. 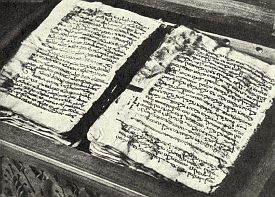 The Bible stands every test we give it,
For its Author is divine;
By grace alone I expect to live it,
And to prove and to make it mine.

Then one year, our church decided to go through The Truth Project, a DVD mini-seminar from Focus on the Family. As Del Tackett made his presentation on the screen, we were jarred back in time. Tackett was promoting his “worldview” and insisting that the Bible, properly interpreted, would only endorse his perspective of marriage, of government, of economics, of science, of philosophy, of doctrine. Everything else was untrue or phony. We looked at each other and realized we’d seen this show before. Having learned how to justify anything from the pages of the Old and New Testaments, we simply weren’t convinced the Bible was as absolute or all-encompassing as these men wanted it to be.

Since then we’ve learned a lot about how other Christian groups interpret and engage with the Bible. We’ve studied how it came to us via oral tradition and manuscript and printing press, the history of translation and its challenges, its influence on literature and Western civilization. I view the Bible a lot differently these days. It is no longer my “sword” to use on opponents. It is not my talisman against evil, not an unbiased record of historical events. I no longer imagine God whispering words into the ears of attentive prophets anxiously taking notes.

I still want my children to be familiar with the Bible's teachings and its imagery. But, whereas I used to see the Bible as a book that told me about God, I now see it as a book that tells me about myself. A story, woven over many centuries, about the needs, desires, imaginations, fears, griefs, dreams, hopes, and aspirations that have shaped humanity’s destiny. Its pages chronicle mankind's evolving attempts to make sense of the world we inhabit, and to make it better. Humanity's struggle forward is the truth of the Bible.
Posted by Jeri at 9:42 PM 2 comments: