As our final week of SIL came to a close, it was time to say goodbyes. My memories of pitiable handshakes with Chris helped me follow my gut. I knew I'd regret repeating that scenario. When Paul *took off for the long drive home, I gave him a hug. It was brief, it was public, it was probably a side-hug, but it was a hug. And it felt right.

As I was getting ready to leave for the airport on Saturday morning, I was aware of Jed* stalking me. He followed me to the car and told me, "I know that you're not the woman I'm going to marry."

"I know it, too," I replied with a nod. He closed my car door and off I went.

I don't remember the flights home. I'm sure I thought about Chris. As I explained to my journal, "I never expected to be pursued by someone I had not already marked as a "possibility"." He had taken me by surprise in April, and I had not handled the shock well. Maybe now we could start all over. I hoped to leave for Manila in mid-September and be gone for a few months. Surely that would be long enough for Dad and Chris to complete "negotiations".

Back in Michigan, I braced for culture shock, which I managed mostly by getting busy. I put away the new jeans, the shorts, the swimsuit. I stacked my linguistics textbooks on the shelf.

On Monday morning we went to the lake, and I wore my homemade split-skirt jumpsuit in the water. The next day I did the family ironing, gave haircuts, and taught piano to three of the younger children. I baked bread, made meals, played hymns on the piano for church, and returned to my part-time job in town. I also made what serious preparations I could for my trip to the Philippines: paying my health insurance premiums, getting a perm, renewing my driver's license early, and shopping for items that might not be available in Asia.

While Chris had wanted to sponsor my overseas trip, Dad had decided it didn't make sense considering that I had rejected him as a suitor. Chris sent a generous check to my dad anyway. When it arrived, Dad called Chris's dad. Together they decided that Dad should tear it up. Dad told Chris he had torn up his check. Thanks, but no thanks.

Chris was indignant and mailed another check. Dad sent it back. Chris insisted that he wanted to pay for my trip, whether I wanted to court him or not. (He had asked to be anonymous from the beginning, but Dad had blown his cover before I left for North Dakota.)

Dad finally told Chris he could send the money to my dad's pastor. That way the gift would be going through the "authority" of the church. By now, Chris was annoyed. "Only if I can ask your pastor's permission to court your daughter," he said.

So there I was back in Michigan, trying to earn enough money to buy my ticket and pay for my stay. I was close, but I would need to postpone my trip by a few weeks. The SIL-Wycliffe office in Manila inquired about my plans, and I explained the situation. I would not be able to come in September, but I would arrive just as soon as I could. Privately, I determined not to celebrate my 25th birthday at home. I would be in Asia before that date.

In the meantime, I was moody and depressed. I made a list of all the ways I had "rebelled" against fundamentalism over the summer--making it sound more dramatic than reality warranted. Dad became aware of it--I think I left the list out when I was working in his office--and looked sober.

"I would not have recommended that," he said, when I told him I had worn pants and watched a Star Wars film.

Strangely, I did not feel guilty.

Within weeks of my return, I received an email from Jed. I lost no time forwarding it to Dad. If he wanted to be my protector, he could get rid of that guy!

I babysat the six or seven kids at home while my parents went away for their anniversary. I cried at church. The trees were pulling out their autumn colors, but I was distracted. I gave more music lessons. I worked, and watched my brothers chat with Chris over AOL Instant Messenger.

I got sick. I could scarcely pray. I couldn't sleep.

Andraste* got sick, too. She spent two days in ICU while I cared for sick kids at home, exchanged emails with the Manila SIL office, and thought about Chris in Colorado at a WILDS retreat.

That week, I tried to articulate to Dad how my feelings toward Chris had changed. Afterward, I wrote in my journal:


...I may be falling in love with Chris, but there is no need to find out yet.... The waiting is tedious when I want to be gone. And it is sometimes very hard not be angry with Dad...

...It is a very good thing that Dad does not 'have' my heart, for I feel he is unequal to such a trust. If I did not believe that the Father of lights, with whom there is no variableness, or shadow of turning, is supreme over all, I should lose all hope of things ever being untangled.


And then, an anonymous gift, channeled through my parents' church.

The check, though less than Chris had offered, was more than enough to supply what I was lacking. I could leave two weeks before my birthday, and I could stay in the Philippines for four months. When I bought my round-trip tickets, I was feeling optimistic.

In an Anne-of-Green-Gables moment of melodrama, I booked my return flight for Valentine's Day. If things went well, I imagined Chris meeting my plane to welcome me back to the U.S., snow on his boots and arms full of roses.


Continued at Heart to Heart


You may have heard that tomorrow is Election Day.

Which means there are twenty-four more hours for political phone calls to make a difference. And since Chris and I are currently registered with different parties, and we still have an old-fashioned landline, we get ALL the calls. Yay, us!

I have taken to answering the phone with a cheerful tune: "Would you like to build a snowman?" (they never do) or a long pause followed by a low, breathy whisper: "Whaaaat?" This usually causes the caller to hang up. Other times we just let it go to voice mail.

The real fun begins when our voice mail service sends me a helpful transcript of the recorded message. I will share a few below for your enjoyment. Good times!

(787) 108-7710 emerging you over public on Tuesday the politicians deserve your vote maybe not that you deserve to see barack obama chris when we were able to work together and depressed like every read packing want to see obama here's enjoying. The doctor Milton Wilsonville republican on Tuesday.


Hi this is Curt around call. I am calling on behalf of independent women voice to respectfully ask for your vote for my friend pat wallace like me how long distance. I am a lot of us out with some other and have not ... the sign the pledge to do everything and not only to repeal obama care for to minimisse his car ... watching people now cleaning want to fix about care. They want to go to the Democrats been blocked every obama here fixing even getting a boat regardless of whether it was a solution to help with frankie Doctor Networks or lost job or canceled plans or increased call Curly's call because what the mall in a hurry. We remain for Jordi. We are at all today. The only way to get those on the fixes to about like irish to change the party the control center building for Pat Robert stills Washington you want to keep your doctor and fire Harry week. So please for the sake of this crazy country bar. So it's about almost on Tuesday was paid for by independent woman's voice is not authorize for any candidate or candidates committee. You can call (202) 857-3293.


Hi this is Synergetic cruise. I am calling on behalf of the Tea Party Patriots. I am calling her to come out boat on Tuesday for my friend has brought the last six years. Kerry. Reid has been Rocco mama's best friend in congress blocking every piece of good legislation that house republicans. We have a chance on Tuesday to retake the Usa to retire kerry. We can finally order dell palma repeal bill on press steps. We can decide to lie to block in Misty for you legal immigrants from president obama's executive. We stand up to stop the out of control spending in out of control there but we can do that without Robert a descent Kansas he's ground zero in the battle retake the senate and to retire here I understand. Thank frustrated with Washington. I promise nobody's more frustrated with Washington ... the survey's not stay home for those for anybody else other than her because doing so since we keep scary reasons but Jordi instead please vote Tuesday for pat robertson send a message to washington keep your doctor and fire harry ricci. This is paid for by the Tea Party Patriots. This is not authorized by any candidate or candidates committee find out more at Citizens funds dot org. Thank you and God bless.

Of course, since we voted by mail, none of these calls makes a whit of difference either way. 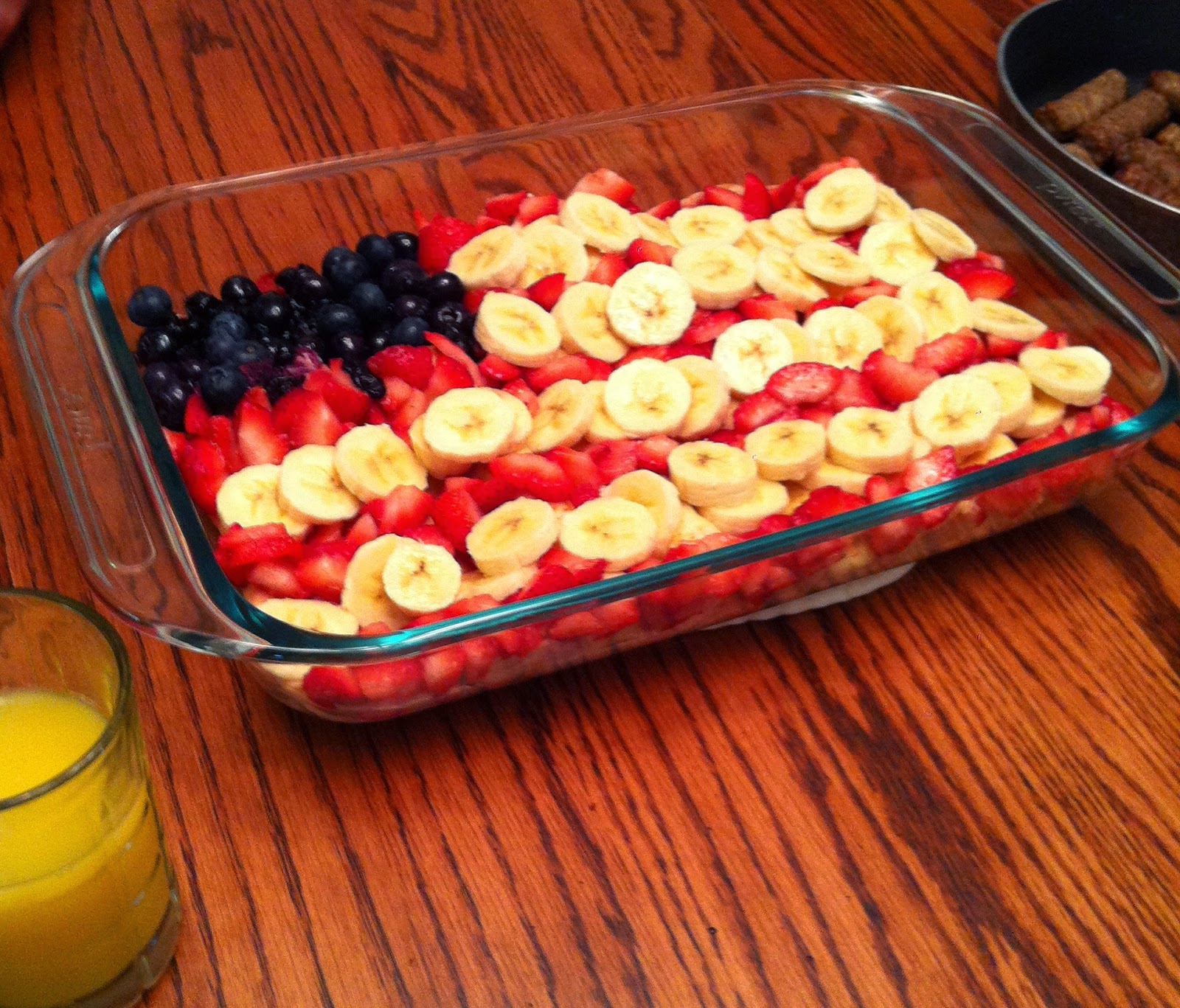