(January 12, 2012)
I was a child when my parents took us to a 2-day creationism conference. There were workshops and kids' sessions, slide presentations of Mt. St. Helens and cartoon drawings of Adam and Eve hanging out with dinosaurs. One guy talked about imagining in his bathtub how a flood could cause a forest to petrify. Another described being hit by lightning while on a mountain in Turkey, looking for Noah's Ark.

My favorite speaker had a short beard and an Aussie accent. A kind of missionary to America, Ken Ham explained that fighting social evils like porn and abortion and divorce was futile as long as people kept believing in evolution. To really rebuild society, we needed to start by converting people to Biblical creationism. If they weren't convinced that the universe was formed by God in six days, they couldn't accept the concept of sin and salvation and needing a blood sacrifice to gain forgiveness and even if they claimed to be Christians, their faith would be wishy-washy at best. Using cartoons and an overhead projector, Ken made us laugh at ignorant "scientists" who believed they could tell how old fossils were, tossing in some anti-gay humor for good measure.

On the long drive to the conference, we listened to a Focus on the Family broadcast. Mike Warnke was giving his "testimony" and we were both riveted and entertained. Years later, Mike was exposed as a fraud--never having been the Satanist high priest he said he was, yet still selling Christians his lurid tales of degeneracy and conversion. Mike never denied the devil, as it were. He stands by his discredited and impossible stories today and continues to peddle his "ministry" to gullible audiences.

The creationist speakers turned out to be dishonest, too. While I thought they were trying to teach me to love truth AND scienctific research, they were priming me to support their agenda. A decade after the conference, I was mailing them my prayer requests, along with checks for a new museum project in Kentucky.

Another decade passed, and I was in church watching Focus on the Family's "The Truth Project". It slowly dawned on me that unqualified men were still trying to define "truth" for me. Men who did not share my thirst for knowledge. Men whose scientific "facts" were predetermined by their theology and political leanings. Men who were more willing to deceive than to consider evidence that would challenge their biases.

I started to ask new questions. I heard an NPR interview with a scientist who was a Christian, yet accepted evolution as scientifically proven. My curiosity piqued, I started reading about the history of physics and geology and the age of the earth. I read books about social issues by left-leaning Christians and by atheists. We found a more liberal church. I read about sexuality and private schools and American history and how we got the Bible. I enrolled in community college. I began to teach my children about creation myths and how stars are born, and how Judeo-Christian beliefs about Satan and hell "evolved" slowly.

I no longer listen to men who insist the universe is merely thousands of years old, that women were divinely designed to be their husbands' submissive assistants, and that the Creator killed his own son to save the world but is glorified when believers of other faiths are punished forever. I don't laugh when they scoff at liberals, atheists, or gays. I want my children to recognize frauds, and to follow truth wherever it leads. 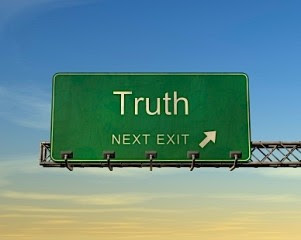 Chris gave me the entire series on DVD for Christmas one year and then had to put it up with me wanting to watch it every night for months. I love the jokes, the cynicism, the conflicts. I like Hawkeye’s pranks, Father Mulcahy’s prayers, and Klinger’s costumes. I like that the photo sitting on Colonel Potter’s desk is of Harry Morgan’s real-life wife. I like that Gary Burghoff (“Radar”) is now a wildlife artist and that Mike Farrell cares about cult awareness and that “Major Winchester” conducts symphony orchestras. Most of all, I like Alan Alda’s laugh.

Last semester, I listened to an audiobook by Alan Alda on my commute to college. The book was part memoir, part philosophy. Alda’s Bronx accent calmed me while his humor made me laugh out loud, his stories made me tear up, and his observations about life filled me with hope. I enjoy M*A*S*H more than ever now, knowing what the Hawkeye Pierce character meant to him.

Life in the 4077 reminds me of difficult environments in my past. Places I didn’t want to be, responsibilities I didn’t ask for, authoritative “leadership” who didn’t understand, random visits from VIPs living in their own fantasy world, the camaraderie and sheer delight of shared misery and common purpose in close quarters, the painful partings—especially when there weren’t goodbyes. The M*A*S*H writers capture something I envy, though. Their characters embrace humanity, in all its neediness and beauty. They depict the suffering of separation, of monotony, of fear. They cope with loneliness, sleep deprivation, anxiety, sickness, sexual desire, and lack of privacy. They challenge inequality and prejudice, mock arrogance, abhor violence, celebrate individuality, and defy regulations to help real persons.

I have not always been encouraged to value humanness. Humanism was warned against as the enemy of both our souls and our society. Mankind’s primary value was presumed to be in his proximity to divinity. An individual’s moral influence, for good or evil, was viewed as his most important attribute. Needs for rest and exercise, proper nourishment, medical care, human touch and friendship, education, self-expression, self-determination—those were secondary, a lower tier of existence. We grew to deem those things weaknesses in ourselves, obstacles to our desire to be our “best”.

M*A*S*H reminds me that humanity is something to cultivate and affirm. My own and everyone else’s. It encourages me to be patient with myself and with my family, to value people over ideology, to not take myself too seriously, to work toward the ideal without expecting it.
And best of all, Alan Alda makes me laugh.