I ordered David Noebel's booklet "Christian Rock: A Stratagem of Mephistopheles" from Summit Ministries in Manitou Springs as a teenager sometime in the early '90's. I needed to know that Gothard and my parents weren't crazy, that other intelligent adults had reasonable arguments with which to oppose Christian rock. From the back cover: "It is The Summit's purpose to arm Christian young people with facts and information concerning God, home and country so they will be able to hold fast to the true and the good in building their lives for the future." I wanted facts; I wanted information.

And it turned out that Noebel supported my parents' position:


"The church is beset with a relentless beat which weighs on the nerves and pounds in the head. And the syncopation evokes a most basic sensuous response from the body, since it is purposely aimed at the physical and sensual."

"Squeezing in a few 'thank you, Jesus' or 'Hallelujah, it's done' in rock music does not cleanse rock of its evils. Indeed, the lyrics were not its main sin for some time. The beat of the music was its evil."

Noebel presented 30 reasons, plenty of Bible verses, a study involving houseplants, and claims about applied kinesiology by a John Diamond. He quoted Henry Morris (a civil engineer and ardent young-earth creationist also opposed to modern art) and had a lot to say about sex and Marxism. Additionally, he linked the rock beat to atheistic Soviet communism and objectionable art styles like cubism and surrealism.

I knew nothing about David Noebel. I was not familiar with his much earlier work Communism, Hypnotism, and the Beatles, published in 1965--long before my birth--by Billy James Hargis' Christian Crusade. In one reviewer's words: "Noebel is compelling because he’s intelligent, coherent, and well-researched, despite being absolutely paranoid and utterly mad. Aside from some inconsistent use of the Oxford Comma, he has a clear, if discursive thesis: rock ‘n’ roll is turning kids into gay, Communist, miscegenators."

Billy James Hargis was a right-wing evangelist and radio and television ranter long before Rush Limbaugh. He saw communist plots everywhere: in the NAACP and the civil rights movement, in the assassination of JFK, in water fluoridation. According to TIME magazine (Feb. 16, 1976), he founded American Christian College "to teach 'antiCommunist patriotic Americanism'" from the city he called the "Fundamentalist Capital of the World". From there, he promoted a hard line against drugs, homosexuality, sex education, abortion and the Beatles and toured with the college choir.

David Noebel was an aide to Hargis for twelve years, speaking around the country, founding The Summit in 1962 as a Christian Crusade program to combat anti-Christian teachings from secular universities (like the University of Tulsa) and contributing to Hargis' television show where together they decried marijuana use and rock music. Later, Noebel became Vice President of Hargis' new American Christian College in Tulsa.

In 1974, Noebel was staggered when students confided to him that Hargis, ardent promoter of traditional morality and father of four, had had sex with several of them. Eventually four men and one woman exposed Hargis' sexual abuse and manipulation over a period of years. TIME reported on the scandal in 1976, Hargis was forced to resign, and the school closed its doors the following year. Noebel went on to effectively "fold" Christian Crusade into Summit Ministries, building it into a successful international worldview training/brainwashing center targeting all ages, but teenagers in particular.

Postmodernism has replaced communism as the bane of our times. According to an article by Summit's Steve Cornell,


"[The] pre-modern era was one in which religion was the source of truth and reality.... In a postmodern world, truth and reality are understood to be individually shaped by personal history, social class, gender, culture, and religion.... Postmoderns are suspicious of people who make universal truth claims.... Postmodern thinking is full of absurdities and inconsistencies."

As a postmodern myself, I find it ironic that the decades have softened Noebel's hardline position on Christian rock. Apparently Mephistopheles has released it for other uses. Students at Summit's youth conferences speak of the meaningful "corporate worship", which now includes rock songs like "How Great Is Our God" by Chris Tomlin and "Jesus, Thank You" from Sovereign Grace Music.

The teens attending the worldview lectures today were not yet born when David Noebel penned Stratagem and would likely be surprised to learn that the religious anthems they find so powerful are actually "estranging them from traditional values". According to the now retired, but still involved and revered, "Doc" Noebel, "although the lyrics might acknowledge the concept of true worship, the music itself expresses the unspoken desire to smash it to pieces."

Summit's John Stonestreet writes, "Truth does not yield to popular opinion. Unlike postmodernism, the biblical worldview can withstand all challenges and still speak to the dominant culture." This belief is at the core of Summit's "worldview" training.

And yet, Lowell's line rings more true: time does make ancient "good" uncouth. Morality and truth are, in fact, shaped by history and culture. As Summit's stance on Christian rock illustrates so well. 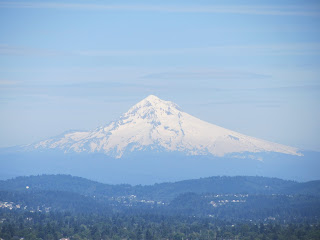 *And maybe, in another 30 years, Noebel's successors will stop fighting same-sex marriage and even give up warning kids about "the gay agenda" as they "keep abreast of truth"? One can always hope...
Posted by Jeri at 4:46 PM