I usually trace my journey by the books I've read over the years. But music and movies hold a lot of meaning, too. Here is a roughly chronological playlist of some songs I've returned to over and over along the way. They've made me angry, they've made me sad, they've kept my chin up, they've expressed what I couldn't say, some even make me laugh. 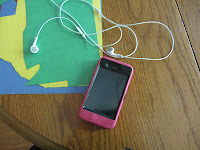 A Heart That Knows You--Twila Paris    "...is a heart that can wait, die to the dearest desire..."
Sometimes by Step--Rich Mullins  "on this road to righteousness, sometimes the climb can be so steep"
Maker of Noses--Rich Mullins
Everyman--Rich Mullins
Missing Person--Michael W. Smith "There was a boy who the faith to move a mountain and like a child he would believe without a reason. Without a trace he disappeared..."
Smell the Color 9--Chris Rice "Maybe I don't truly know You, or maybe I just simply believe"
Could You Believe--Twila Paris
Live Forever--Michael W. Smith
Weeping--Josh Groban "It wasn't roaring, it was weeping"
From a Distance--The Byrds
Vincent--Josh Groban "...how you suffered for your sanity, and how you tried to set them free"
Judas--Lady Gaga
Brave--Nichole Nordeman "the way it's always been is no longer good enough"
Casimir Pulaski Day--Sufjan Stevens "we lift our hands and pray over your body but nothing ever happens"
Breathe--Alexi Murdoch  "Don't forget to breathe... just breathe..."
Let Me Fall--Josh Groban "I won't heed your warnings, I won't hear them"
Wait--Alexi Murdoch "Feel I'm on the verge of some great truth..."
Him--Lily Allen "Ever since He can remember, people have died in His good name"
Imagine--John Lennon  (performed by Jack Johnson or April Lavigne)
Heal the World--Michael Jackson "make it a better place for... the entire human race"
Fuckin' Perfect--PINK
Jesus He Knows Me--Genesis (Phil Collins)  "and He knows I'm right!"
Firework--Katy Perry
Don't Get Me Started--Phil Collins
Strangers Like Me--Disney's "Tarzan" soundtrack (Phil Collins) "It's all so close and yet so far"
Hair--Lady Gaga "I want you to love me for what I am"
I Am What I Am--Gloria Gaynor "...and what I am needs no excuses..."
I Believe--"Book of Mormon" soundtrack "...that Satan has a hold of you..."
Two by Two--"Book of Mormon" soundtrack "...'cause God loves Mormons and wants some more"
I See the Light--Disney's "Tangled" soundtrack
Great Spirits--Disney's "Brother Bear" soundtrack
Posted by Jeri at 12:47 PM